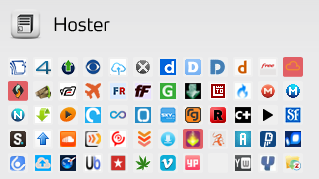 There is also a status page for the supported hosters: 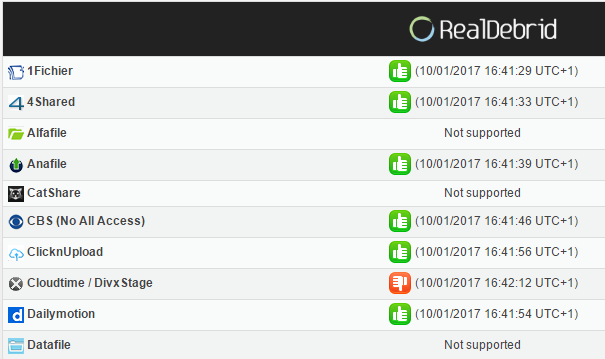 This page does not show the real status. I had problems with uploaded.net but the status was shown as „working“.

I did some speedtests with uploaded. The download in the browser worked fine but the download with JDownloader 2 did not worked at all: 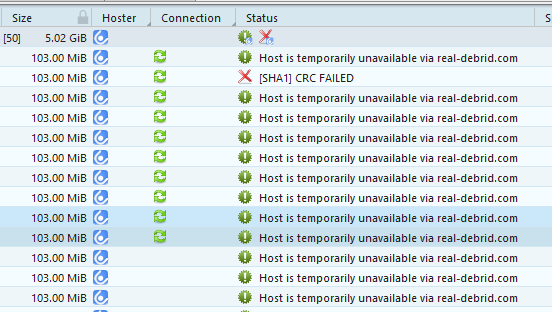 I also tested the Hoster UpToBox which worked fine with full speed in the JDownloader.

The next hoster I tested was Rapidgator:

As you can see in the screenshot some downloads worked, some terminated.

The last test I performed was the torrent downloader:

This worked well. The torrent was quickly transferred to the RealDebrid server and was downloaded with full speed to my computer.

RealDebrid allows 32 parallel connections which I couldn’t test because the downloads aborted (see speedtest) before 32 connections were reached.

For some hosters there are some limits in place: 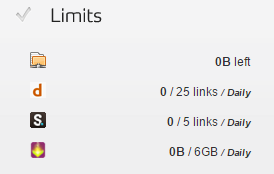 In my opinion the limits are fair so far.

RealDebrid offers a browser plugin. I used the plugin for Chrome and visited uploaded: 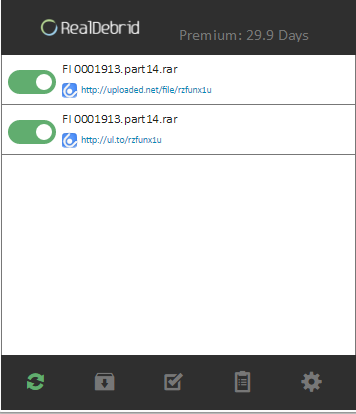 The link appeared twice in the addon which renders it unusable: You have to uncheck the duplicate manually. If you want to download several files at once you have to click a lot…

I also tested openload. The video stream does not start immediately –> you have to do at least 3 clicks to start the download or the stream. The same effort is necessary to just copy the link in the webinterface. I do not see the advantage in the addon. 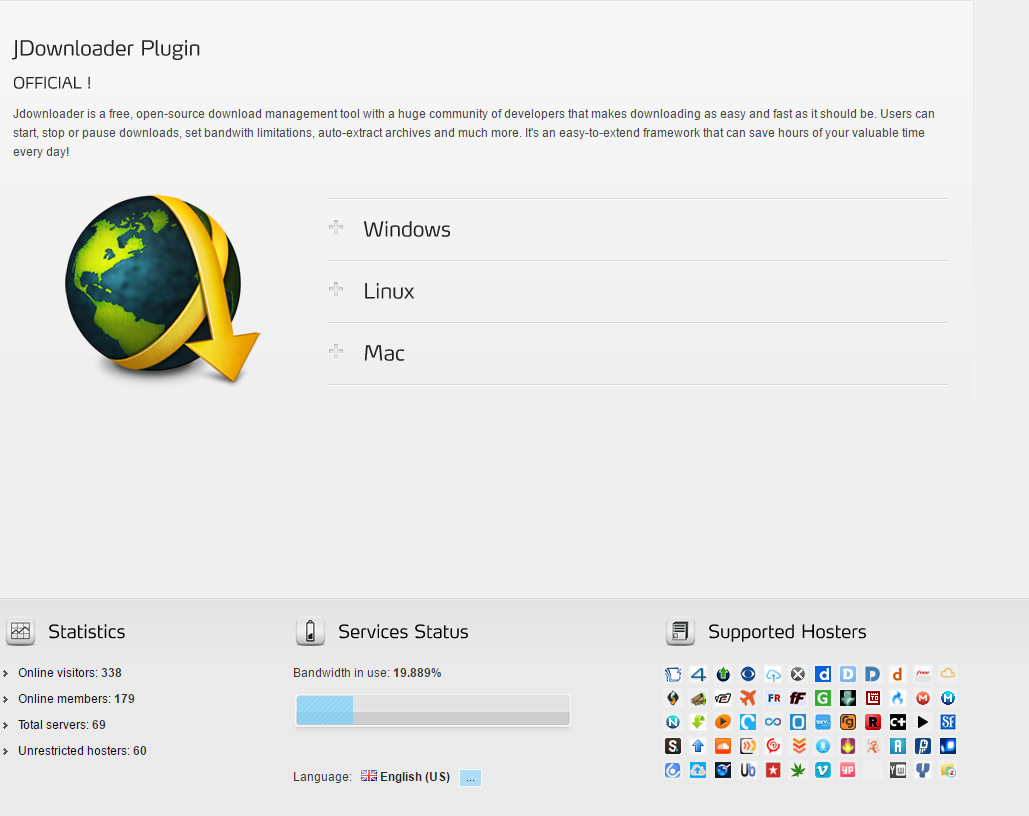 I opened up a ticket to solve the uploaded und JDownloader problem. They tried to fix it but then another error appeared and the download was still not possible. After this disaster they asked me for a log of JD which I provided. They tried again to fix it and after this fix some downloads were possible, others still failed. At the end they were not able to fix the issue and the user had to do the troubleshooting for them.

By the way: The problem was at least two days old. I found a thread in the JD forum which was two days old. Please keep in mind that RealDebrid is advertising their service with JDownloader so its on their behalf to make sure that it’s working.

clearly real-debrid have no idea, read timeouts are typically caused by providers

„Our servers can detect the IP Address of Users connection through the Internet. These IP addresses and their geolocations are recorded by our servers for internal use only (registration on the site, optimal use of downloads, protection against thieves, etc.).”

This is a part of the Privacy Policy. They track your whole online activity and save the IP logs on their servers.

This is not what I expect from a multihoster.

The prices are very cheap: you get a monthly account for just 4€.

Just minutes after I published this review I got this Twitter message from RealDebrid: 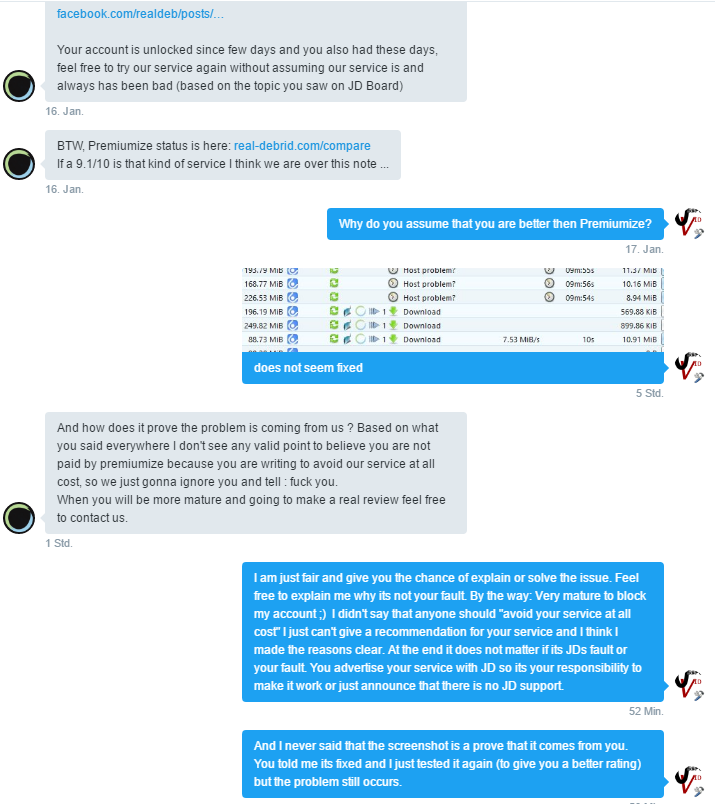 They now unblocked my Account again but tried to accuse me that I am paid by Premiumize. I do not want to be unfair and just publish parts of the conversation:

Get the whole dialog as PDF

They couldn’t really explain the problem with my review. I am still waiting for details:

I would like to contact them because I discovered that the problems with JD seemed to be fixed, this is now not possible anymore.